St. Matthew In The City Church in Auckland, New Zealand is an Anglican congregation which uses some edgy advertising to get the largely unchurched Auckland population to think.

This Easter, St. Matthew’s put up this billboard explaining that in the Orthodox tradition there is a practice of humor which dispels the gloom of Jesus’ death.  Someone took offense, and vandalized the billboard, crudely spray painting a reference to John 3:16 in the place of the original message.

What do you think?  Did the church go too far?  Is the vandalism the work of fundamentalists?  Or do you think St. Matthew’s hit a nerve that they intended to hit?  Hat-tip to Religion Dispatches for the heads up and their article.  Here are the photos of the before and after billboard: 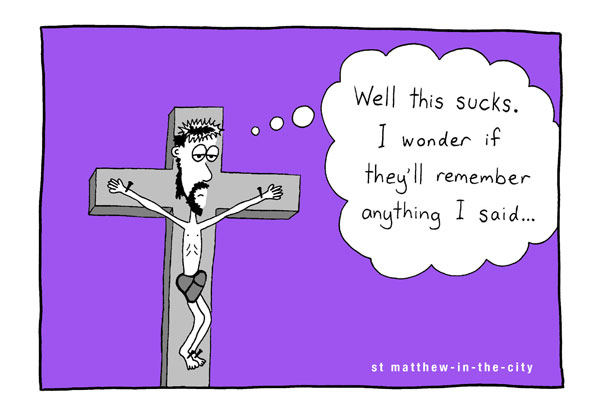 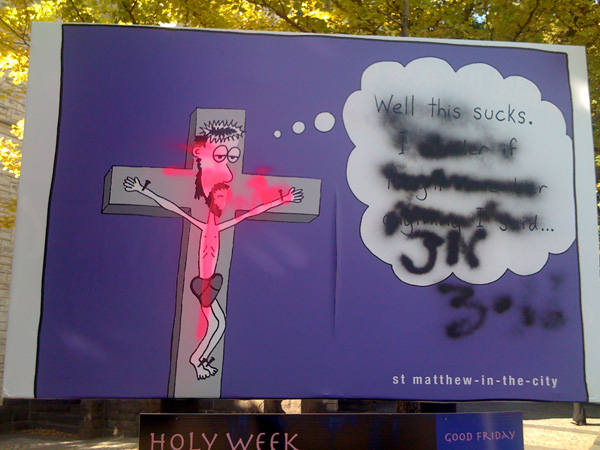