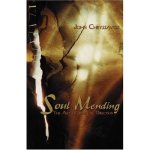 The church growth movement helped foster the idea of the pastor as the authoritative leader of the congregation.  I know because I studied church growth at its height at Fuller Seminary.  The premise of the theory of “pastoral authority” was that churches grew faster and larger when the pastor asserted his authority as the leader of the congregation.  The numbers seemed to verify the idea of absolute pastoral authority.

Of course, the idea of pastoral authority also appealed to the egos of lots of pastors.  “I can make it happen” pastors thought, “if only the deacons, or committees will give me the authority to take charge.”  The ecclesiastical landscape is littered with the train wrecks of that kind of thinking.   What some pastors really wanted was power, not authority, and therein lies the problem.  Power is not what we as pastors are called to exercise, but too often we confuse authority with power.

“Authority in the church is never the monopoly of the ordained few — whether bishops or clergy” writes John Chryssavgis in his helpful book, Soul Mending: The Art of Spiritual Direction.  Chryssavgis, an Orthodox priest and professor of theology, corrects the notion that spiritual authority belongs exclusively to the professionals.  Rather, Fr. John argues, “All too often authority is confused with power, meaning the ability to compel others to do something.”  He continues, “It is not control over others, but commitment to them, even to ‘the least of one’s brethren’.”

We also are called to mutual submission with our congregation before God.  Granted, pastors have special responsibilities, but our authority is, to paraphrase Rush Limbaugh, “on loan from God.”  It is an authority not inherent in any human being, but an authority that resides in the truth of the Gospel of Jesus Christ.  This is similar to what Alan Roxburgh says about finding God’s direction for a congregation.  It doesn’t lie solely with the pastor, but Roxburgh believes that “the future of God is found among the people of God.”

Finally, Chryssavgis says, “Ecclesiastical authority must be seen in terms of service and not rule; in relation to ‘diakonia’ and dialogue, not domination.”  Good direction from one who knows what it means to be under authority.  I recommend the book.

“We have become so accustomed to thinking of repentance as an unpleasant, though necessary and obligatory rejection of the sin we ‘enjoy,’ that we have tended to lose sight of repentance as a fundamentally joyous, restorative return to life in its fullness.”

— from Soul Mending: The Art of Spiritual Direction by John Chryssavgis, page 1.