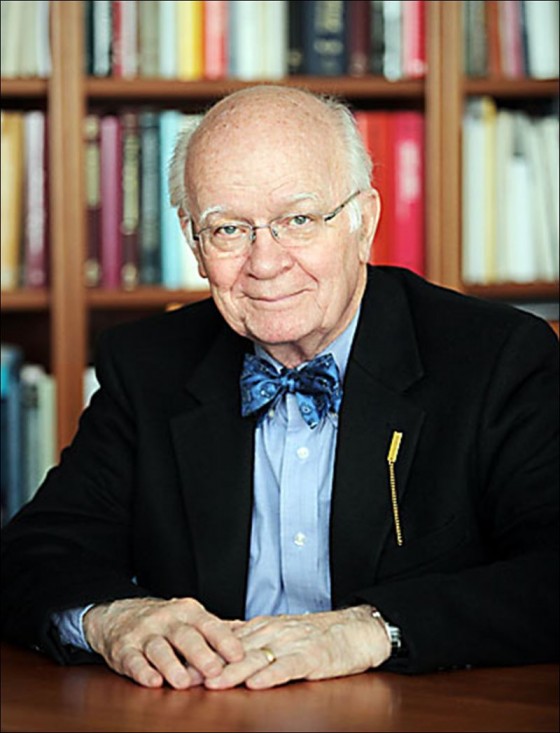 Dr. Martin E.Marty, world famous religious thinker and professor at The University of Chicago Divinity School, QUOTED ME YESTERDAY IN HIS ARTICLE titled, “Success and Truth in Religion.” (Sorry about the caps….)

I’ll be available for autographs shortly….before my 15 minutes of fame expires…which it may have already! Now back to our original programming….

The Myth of Why Conservative Churches Are Growing

The myth that conservative churches are growing today because people are looking for theological fundamentalism is roundly debunked by Mark Chaves in his new book, American Religion: Contemporary Trends.  Despite the book’s mundane title, Mark Chaves sheds dramatic new light on the shape of the American religious scene today.  Chaves’s conclusions may surprise you and contradict what you have long heard.

In his 1972 book, Why Conservative Churches Are Growing, Dean Kelley shocked the religious world by concluding that conservative churches demanded more of their members theologically and behaviorally; therefore, they attracted more people than liberal mainline congregations who focused on social and political issues.    The book’s credibility was further enhanced by the fact that Dean Kelley was a liberal Protestant, an executive with the National Council of Churches, and a member of the board of the ACLU.  The common wisdom was that if a liberal was identifying reasons for conservative church growth and liberal church decline, then it must be true.

Kelley’s book continues to be cited by conservative church leaders such as Al Mohler as proof of the inherent validity of the conservative agenda.  In an April, 2011 article, Mohler, president of Southern Baptist Theological Seminary in Louisville, quotes Kelley:  “Amid the current neglect and hostility toward organized religion in general,” Kelley noted, “the conservative churches, holding to seemingly outmoded theology and making strict demands on their members, have equalled or surpassed in growth the early percentage increases of the nation’s population.”

For almost 40 years Kelley’s conclusions held sway as the conventional wisdom of American religious institutions.  Conservative churches grow, liberal ones do not, and it’s all because of conservative theology and politics.  Or maybe not.

While it is true that conservative churches are still growing, Mark Chaves, Professor of Sociology, Religion, and Divinity at Duke University, has mined new data that paint a dramatically different picture.  Chaves says,

“Contrary to what many believe, this decline (of liberal Protestantism) has not occurred because people have been leaving more liberal denominations in droves to join more conservative religious groups.  Nor does the decline of liberal denominations mean that liberal religious ideas are waning.”  (American Religion, chapter 7, Kindle location 923.)

Chaves offers four reasons that conservative churches are growing, and they are not an echo of 40-years’ of conventional thinking.   Chaves concludes:

1.   Conservative churches are growing and liberal ones declining because of a differential in the fertility rates of each group.   This demographic fact accounts for 80% of the “shifting fortunes of liberal and conservative Protestant churches” according to Chaves.  Apparently women in conservative denominations have borne an average of one more child than women in more liberal or moderate denominations.  Over several generations this difference becomes apparent and dramatic.  But Chaves points out that the gap in fertility rates is narrowing between conservative and liberal denominations.  In the future this could be a factor in the slowing or decline of conservative groups as well.

2.   The flow of people from liberal to conservative churches is not a factor, but the decline of movement from conservative to liberal churches is.  This argument requires some explanation.  Chaves contends that the “pews of liberal churches are emptier now partly because a steady influx of upwardly mobile former evangelicals has been stemmed.”   Chaves notes that 28% of conservative Protestants born prior to 1931 “switched to a more liberal denomination as an adult.”  In other words, the more successful the pre-WWII generation was, the more they gravitated to more prestigious churches and denominations.  However, that trend dropped dramatically among those born after 1950, when only 12% of conservatives gravitated to more prestigious denominations.  Chaves’s conclusion is that conservative groups like Baptists have become more respectable in American church life.  Because of this new-found respectability, it is no longer necessary for upwardly-mobile adults to find a church that more closely fits their secular success.

While that sounds like a contradiction to Chaves’s conclusions, it really confirms them.  If Kelley’s book identified conservative churches themselves (their membership demands, strict theology, etc) as the reason for their growth, the reverse was actually true.  As the culture became more conservative, people sought out more conservative churches.  In other words, conservative churches benefited from a turn to the right in the wider culture.  However, the opposite trends are now in play.  Even among conservatives the trends are for greater tolerance of other denominations and religions; greater tolerance for lifestyle diversity; and, less adherence to doctrines such as the inerrancy of the Bible.  It remains to be seen how this “liberalizing effect” plays out in church attendance and membership.

In the introduction to his book, Chaves points out that “The range of beliefs, attitudes, experiences, and practices that remain unchanged (in American religious life) is impressive.”  But he says, “even in the midst of substantial continuity in American religion there are signs of change in the direction of less religion.”

All churches and denominations including the conservative Southern Baptist Convention and moderate Cooperative Baptist Fellowship face the same challenge: participation in religious life is declining in America, even if that decline is occurring slowly.  Mark Chaves’ book can be a helpful resource to those who are interested in understanding the reasons for religious decline in America.  The first step in that direction is to acknowledge that we may have been wrong about the reasons for conservative growth and liberal decline for 40 years.