In The Lord’s Prayer, Jesus instructs us to pray “Give us this day our daily bread.”  Of course, that sounds like a simple request for food to eat today, but behind this prayer is the entire history of God’s provision for God’s people, and some lessons for us today about how our economy ought to work.

When You Pray: Trust God To Provide

This is our fourth message on The Lord’s Prayer.  We have adopted The Lord’s Prayer as the focus for our Lenten reflection this year, with a commitment to say The Prayer each day during Lent.

END_OF_DOCUMENT_TOKEN_TO_BE_REPLACED 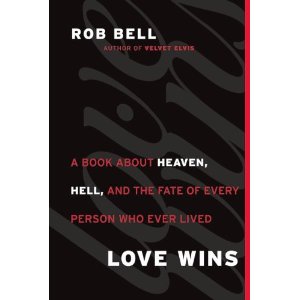 Rob Bell’s newest book, Love Wins: A Book About Heaven, Hell, And The Fate of Every Person Who Ever Lived sits at number three today in Amazon’s book sales list.  Love Wins will no doubt hit the New York Times bestseller list this week.  Bell obviously has churned up tremendous interest in the Christian doctrines of heaven and hell, but is that what Bell intended?

If you read Bell’s book as doctrine you are missing the point Rob Bell is making.  In short, Bell is taking on the evangelical establishment.  And while Bell asserts ultimately that Love Wins, it remains to be seen if Rob Bell will.

END_OF_DOCUMENT_TOKEN_TO_BE_REPLACED

Few of us have spent 40-days in the wilderness like Jesus did, but that is exactly what Lent challenges us to do.  Here’s a brief meditation that I am presenting tonight for our community lenten service.

The Wilderness: A Lenten Meditation

1 Then Jesus was led by the Spirit into the desert to be tempted by the devil. 2 After fasting forty days and forty nights, he was hungry. 3 The tempter came to him and said, “If you are the Son of God, tell these stones to become bread.”

END_OF_DOCUMENT_TOKEN_TO_BE_REPLACED

“What leadership means is the courage it takes to talk about things that, in the past, perhaps we wouldn’t have, because I’m not right all the time.”  — Howard D. Schultz, Starbucks CEO in the NY Times

If you read Pour Your Heart Into It, as I did, you came away believing that Howard Schultz was one of the great entrepreneurs of the new millenium.  And he was.  Starbucks was his dream, even if he almost named it after the Pequod (the ship in Melville’s Moby Dick) rather than the first mate, Starbuck.  The rest, as they say, is history.

Schultz retired from Starbucks to live the life that he had worked so hard to enjoy.  The only problem was, Starbucks took a nose-dive.  They opened too many stores, stocked too much merchandise, lost their appeal to trendsetters, and became another mass-market retailer.  Schultz returned to turn around the company only to find it a much different company than when he left.

But Schultz learned to listen.  And he learned to listen even when his instinct told him differently.  The company’s recovery now appears to be on solid ground, and Howard Schultz is now more “humble” and collaborative than before.

While I realize that not all business leadership principles can be translated to church, this one can.  I’m talking to pastors here, because I’ve learned this lesson the hard way myself.  Learn to listen.  Because, as Howard Schultz says, you’re not right all the time.  Good advice. 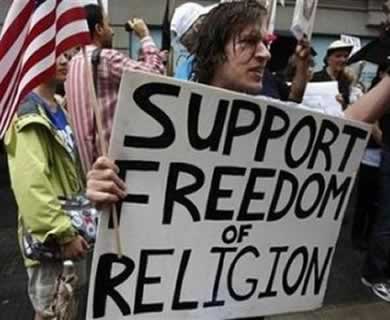 Religious liberty is at risk in the United States today.   Rep. Peter King (R-NY), chair of the House Homeland Security Committee will hold a hearing on Thursday to explore the issue of the radicalization of Muslims here in the United States.  While this might appear to be a legitimate national security concern, Rep. King’s history and previous statements raise serious questions about his intent.

Civil rights groups, religious leaders, and other minority religious communities have expressed concerns about these hearings.  A prominent Baptist ethicist, Dr. David Gushee, wrote an op-ed piece in USA Today this week, voicing concern that “hearings on Muslims could harm us all.”  Gushee contends that King’s hearings “threaten the perceived legitimacy of any practice of Islam in the United States, therefore risking one of our most fundamental liberties — freedom of religion.”

Why do Gushee and others see a threat to religious liberty here?  Congressional hearings have two purposes.  First, televised hearings draw media attention to issues of interest to Congress and to the American public.  The McCarthy anti-Communist hearings of the 1950s, and the Watergate hearings of the 1970s are two of the best examples.  Televised hearings create a political opportunity to make a public point.  But, secondly, congressional hearings often precede legislation aimed at solving the problem spotlighted by the hearings.

END_OF_DOCUMENT_TOKEN_TO_BE_REPLACED 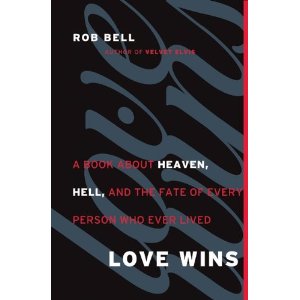 Rob Bell’s new book, Love Wins: A Book About Heaven, Hell, and the Fate of Every Person Who Ever Lived is already generating tons of controversy. Harper One is sending me a pre-publication copy to review. I also hope to snag an interview with Rob about the book. The book hits the stores on March 29 and I hope to have a review up before that. Until then, watch this promotional video and tell me what you think? Is Bell just teasing us, is he a heretic as some are saying, or is this just good PR for the book? Let me know what you think.